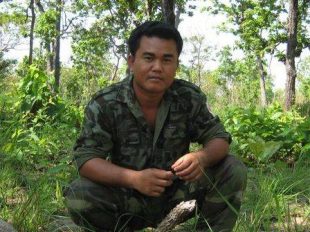 Aki Ra was a child soldier who fought for several armies in Cambodia during the 1970’s. During this time, he laid many landmines and witnessed the terrible damage they caused as a child solider. After the warring had ended he went back to clear many landmines on his own and establish his own trade.

In 2008, Aki Ra’s organization Cambodian Self Help Demining was formally registered as a demining NGO. Today, he works with other Khmers who like himself want to see their country safe from landmines. 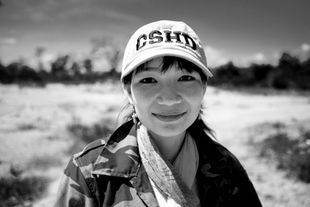 Sophary moved to Siem Reap for high school and lived in a small room with 6 other women. She is the second woman in her village to graduate from high school, and the first to graduate from university. Upon high school graduation she found a scholarship and came to work for Akira at CSHD. Earning a livable salary, she found a small house to rent. Upon receiving a BA in accounting, graduating first in her class, she decided that, rather than go to graduate school, she would become a deminer. She graduated 2nd in her Explosive Ordinance Disposal course behind an already accomplished general.

She now works for CSHD as the Operations Manager; managing the mine fields CSHD works in, reporting to the appropriate government agencies, and leading the Rural Schools Village Program.

In her spare time she removes and defuses UXOs found around Siem Reap province with the EOD team.

Bora has been a dedicated advocate for mine clearance for over twenty years. Growing up in Siem Reap province, he sought an education first in Phnom Penh, and then in Vietnam. Since then, Bora has worked with Cambodian Mine Action Center (CMAC), Dincop International, Q Asia, and UXB in the field of quality assurance and control. As the EOD Supervisor and Training Manager at CSHD, Bora’s main responsibilities include training deminers on how to properly and safely search for and destroy landmines and unexploded ordnance (UXOs), as well as managing the Explosive Ordnance Disposal Team, a special group of deminers that respond to calls from communities that have sighted UXOs in their village.

Dany moved from Kampoung Speu to Siem Reap in 2007 to pursue a degree in accounting and finance at Build Bright University. After graduating in 2010 Dany came to work at the CSHD office. She started off budgeting for the demining team and now has become the officer manager. She keeps in constant contact with both the demining and EOD teams while they are out in the field. Dany also holds mine education classes that help teach those living in more rural areas about the danger of landmines and what to do when they come across one. Dany hopes in 2016 to become EOD qualified so that she can become part of the Siem Reap based response team. 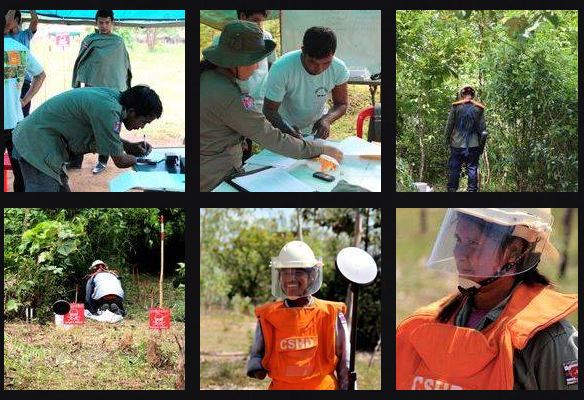 EOD Team 1 is funded by Good Hands (in association with the Korean International Cooperation Agency) and Landmine Relief Fund. This team works with the demining team in clearing minefields.

EOD Team 2 was our first mobile team, meaning that they respond to calls around the country to remove UXOs and Landmines that are not in previously report minefields. Their operations are funded by World Without Mines.

EOD Team 3 is also a mobile team, and they are funded by World Without Mines.

EOD Team 4 has dual responsibilities, they have duties within the office, but are also capable of responding to any calls of UXOs or Landmines if needed as they are all certified to remove them!

EOD Team 5 is our newest mobile team, formed in July 2017 and currently funded by the Canadian Landmine Foundation.

Cambodian Self Help Demining – Made with ♥ by Olive & Lake