In the course of our work, we have built partnerships with many organizations in Cambodia and around the world. Each organization is vital to the work we do in Cambodia, without them we would not be nearly as successful as we have been. We’d like to thank all of the following groups for their donations and support of our work.

The Landmine Relief Fund is a U.S. based 501c3 charity that was founded by Bill Morse in 2003 in order to support Aki Ra’s demining work. They helped CSHD become an official demining NGO in 2007 have been CSHD’s largest donor since the group was founded.

Canadian Landmine Foundation (CLMF) has been a resource for us to apply for grants in regards to explosive weapons removal. We have received grants through them which have helped train and put an Explosive Ordnance Disposal (EOD) team in the field. They are currently funding EOD Team 5. CLMF has been working on removing explosive weapons through various methods of funding other projects and organizations since 1999.

Danish Demining Group (DDG) is a Humanitarian Mine Action and Armed Violence Reduction Unit within the Danish Refugee Council. They have worked in the field of weapons removal and abatement for the last 20 years, and as such their expertise in the field is vital to helping us achieve our mission here in Cambodia. DDG has helped train CSHD deminers and EOD teams in Unexploded Ordnance and Landmine removal, as well as providing a few individuals from each of our EOD teams with emergency paramedic training.

Good Hands is a South Korean NGO that has helped fund CSHD’s demining work, as well as some of the RSVP schools. They are helping fund EOD Teams 1 and 4. They work in association with Seohee Construction.

The Office of Weapons Removal and Abatement (WRA) has provided CSHD (through the Landmine Relief Fund) with grants varying in size since our inception. They have been vital in helping us progress in removing landmines from Cambodia, and are currently helping fund EOD Teams 1 and 4. Additionally, they are one of the largest funders in the world in weapons removal and have been providing funds to organizations since 1993.

The Vietnam Veterans Mine Clearing Team is made up of a group of Australian Veterans that served during the Vietnam War. They have been a huge supporter of CSHD by helping pay for many of our training seminars, and are currently helping fund EOD Teams 1 and 4. They have been working with us since 2007, when they were founded, in helping remove landmines and UXOs from Cambodia.

World Without Mines is a Swiss organization which provides funds for demining projects throughout the world. They have been working with us since 2016 when CSHD trained a 3rd EOD team. Since then, they have provided funds that allow us to put EOD Teams 2 and 3 into the field every month. 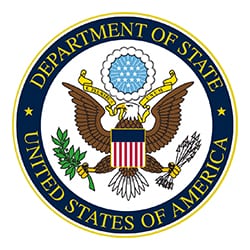 Cambodian Self Help Demining – Made with ♥ by Olive & Lake